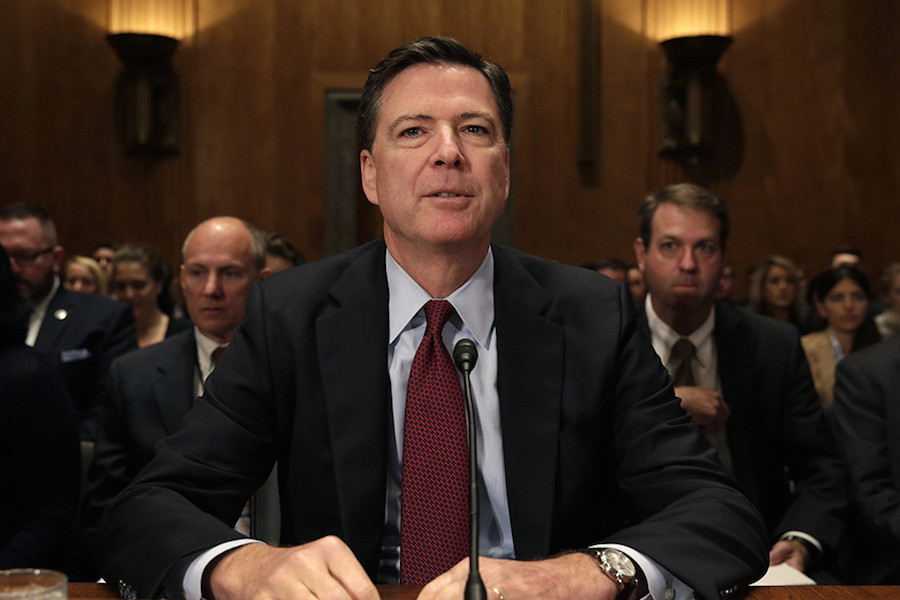 Posts from This Journal “США” Tag

FBI Director James Comey argued privately that it was too close to Election Day for the United States government to name Russia as meddling in the U.S. election and ultimately ensured that the FBI's name was not on the document that the U.S. government put out, a former FBI official tells CNBC. The official said some government insiders are perplexed as to why Comey would have election timing concerns with the Russian disclosure but not with the Huma Abedin email discovery disclosure he made Friday. In the end, the Department of Homeland Security and The Office of the Director of National Intelligence issued the statement on Oct. 7, saying "The U.S. intelligence community is confident that the Russian Government directed the recent compromises of emails from US persons and institutions, including from US political organizations…These thefts and disclosures are intended to interfere with the US election process."
http://www.cnbc.com/2016/10/31/fbis-comey-opposed-naming-russians-citing-election-timing-source.html

In my communications with you and other top officials in the national security community, it has become clear that you possess explosive information about close ties and coordination between Donald Trump, his top advisors, and the Russian government – a foreign interest openly hostile to the United States, which Trump praises at every opportunity. The public has a right to know this information. I wrote to you months ago calling for this information to be released to the public. There is no danger to American interests from releasing it. And yet, you continue to resist calls to inform the public of this critical information.
http://www.reid.senate.gov/press_releases/2016-10-30-in-letter-reid-says-comey-may-have-broken-the-law